Tickets Available through Malvern Theatres or on the door 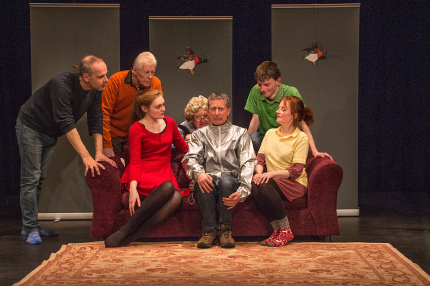 The 25p Man - A one act play by Catherine Crosswell
Winner of the Herefordshire County Drama Festival 2018.

Blue Remembered Hills - Herefordshire County Drama Festival 2015. Heather Cambridge and myself were jointly awarded the Thinghill Trophy for best Actress for our portrayal of the two girls, Audrey and Angela (Heather)

Writer and performer of

Reaction Theatre Scratch at the Artrix Theatre Bromsgrove, written by Tiff Hosking (2015)
The Cycle of the White Rose (2016) Written by Caroline Summerfeld as part of JumpStart

Our Star Theatre: The Last Bread Pudding At the Space, Edinburgh Fringe Festival 2019

Dead... on Arrival (2016)  A Murder Mystery Night at the Masters House Ledbury and Ross on Wye Library. Written by Sara-Jane Arbury.

This site is under construction

These are a few of the things that are coming...

Get social with us.